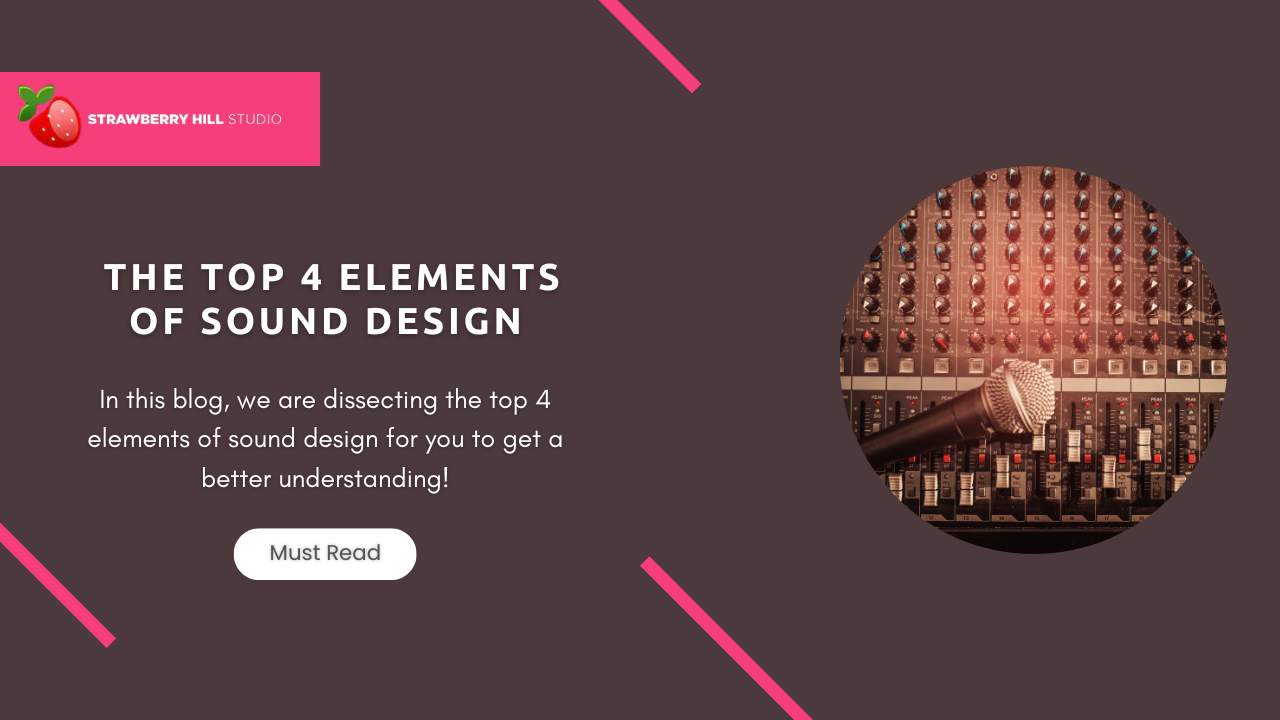 When you look at a video on a digital platform, it is of course the visuals that garner your attention. But the other aspect of the video without which it is incomplete is the audio. The sound that you hear on the screen is not just the dialogue and song, but the subtle sound effects, music, and overall ambiance that help bring the screen elements to life.

In this blog, we are dissecting the top four elements of sound design for you to get a better understanding. But first, let’s take a look at what sound design exactly is. Sound design encompasses everything from recording, editing, mixing, and sampling of audio during the post-production stage of a project.

The background sound that helps you understand a scene is known as ambiance. For example, if a scene is set in a restaurant, you may be hearing the crinkling of spoons and utensils. Such noises that lay the foundation of a scene are called ambiance. It is the top element of sound design.

These refer to the everyday sounds that make the scene appear more realistic. Such natural sounds like footsteps on a stair or rustling of clothes are recorded in a natural way and added to scenes for real-world sound effects.

The Foley effects are named after Jack Foley, a great sound designer who used this technique first. It helps to enhance the natural elements in a scene. A sound designer records sound like the clicking of heels, the rustling of papers, etc, by doing these actions in their studio.

The SFX or sound effects are computer-generated sounds that are purely manufactured by a sound designer and cannot be recorded with a microphone. The recorded sounds go through filters and oscillations using different sound design tools to create the desired effect.

The narration of a scene or the off-camera commentary during a scene is known as a voice-over. Voice-over recording is also a key element of sound design and conveys what’s happening during a scene without using a captain. The voice-over actor reads a script that helps provide context to a scene on the screen.

To Sum It Up

Sound design requires a diverse range of creative and technical skills. Are you interested in learning more about sound design? Join Strawberry Hill Music workshops to gain in-depth learning of sound design from the experts in this field.